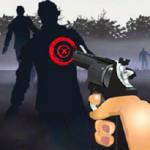 Run Into Death is an action game which is playable gogy com school. Zombies are coming but you have only one gun, can you defend your homeland? Try to kill all of the zombies and survive for as long as possible in this scary zombie shooter game.

First person shooter in its purest way. Keep walking forward and try to shoot each and every undead in this free online first person zombie shooting game Run Into Death. As you advance, more and more bloodthirsty living dead will appear in front of you, so you have to aim as well as you can and blow their brains out. Find out in gogy shooting games now!

If you let one of them get to you, your health will decrease. Sooner or later, you will find yourself attacked by a huge horde of evil creatures and just run into death, but until then, shoot as many bastards as possible to set a nice highscore. Have fun!

In addition, http://gogy.xyz/ also update other shooting games that you cannot ignore when playing online games like Madness Hydraulic. Move carefully and knock down enemies with your guns as fast as you can. You will become the best gun in the world!

Use the mouse to aim/ shoot/ reload