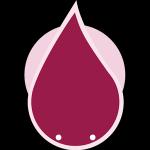 The new io game! Play with players around the world and try to become the biggest slug! Team up and crush other players.

Limax.io is similar to Slither.io, but instead of growing longer and longer you grow fatter and fatter. Click to accelerate. Kill others and eat them to grow into the fattest snake ever!

You can now play for FREE on PC AND Android with players all around the world for MORE FUN !

Control your limax and trap your opponents all around the world.
Eat bonus and defeat as many as possible to increase your score.
Don't die and make the best score of the day !

As on PC, you can play different modes :
MASS = Eat bonus and try to be the biggest limax !
KILL = Kill your opponents by setting traps. The best killer will see his score on the "HIGHEST SCOE OF THE DAY"

Survive on LIMAX.IO could be very difficult.
Stay alive as long as possible and see your name on the highest score!

Play with your favorite theme of colors ( 4 themes available )

Choose the control of your limax. ( Joystick or double tap )

Select your quality game between LOW, MEDIUM and HIGH

Visit http://gogy.xyz. Comment on this puzzle game and evaluate it by giving stars.  Share it with friends to play together and seek games namely Sharkz.io and BEACH FIGHT IO