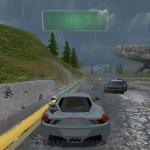 Highway Racer 3D, Customize your cars and race against the best in the biz with this thrilling 3Dgame at Gogy online games. It must be very exciting and both dangerous to weave through the traffic. Then, do you like to have such adrenalin without any danger? Highway Racer (HR) has been developed as an ambitious gogy game to make you feel this excitement.

You can choose one of the fastest cars which suits you best, and you can change its color, rims, and increase maneuver, acceleration and brake capabilities.

You can get more credits and scores as long as you do not make accident along challenging highway, then you can use this credits to get new cars and modify them.

Highway Racer is an improved version of the exciting Highway Racing Online. In this title, you must drive your vehicle along an extremely busy highway and try to avoid taking damage from the oncoming traffic! Weave through the multitude of cars and show off your driving skills by dodging the cars and trucks that are driving alongside you!

In this improved version, you can play four different gogy game modes including a fun bomb mode in which you drive a truck that is loaded with a bomb – if you take damage or a heavy impact, the bomb will explode! Use the money you earn in all four game modes to unlock new vehicles and customize your cars. You can even play a multiplayer version and race against other players!

Do you want to play a few more? Then check out some games like Death Chase and Speed Racing Pro 2 at http://gogy.xyz