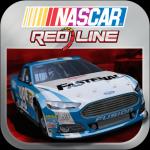 Have you ever wondered what engines are being put into stock cars which are racing in famous NASCAR series? The snarling, rumbling engines that push Nascar drivers to insane speeds might look a lot like production V8s, but looks can be deceiving. NASCAR - home of roaring engines, insane speeds, and glorious victories. Join Nascar Racing free game at gogy 6!

The driving is straightforward, but you must take the corners carefully. This type of race requires skill and endurance. Don't be tempted to cut into the infield - you will be penalised and taken back to the starting grid! Will you become a NASCAR legend and conquer the track? Find out in gogy Games for boys!

In fact, engines are really 850-hp beasts that have been precisely designed and tuned for a few hundred miles of fury. NASCAR teams are nowadays using special metallurgy that permits steel valve springs to survive insane 10,000-rpm operations. This is mostly the work of hard surface coatings such as diamond-like carbon and titanium nitride. Without these special adjustments, engines would basically explode in the blink of an eye. But back to the important things... We need a driver who would race tonight... We need you!

Share the game with your friends to have fun together. Rate it with five stars to express your emotion to us. Don’t miss out many other related games such as Crossy Road at http://gogy.xyz/

Space bar to apply the handbrake

C to change the camera