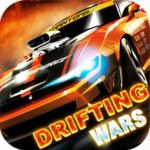 Join thousands of online players in an open multiplayer war using fast armored cars!, Choose your car and driver, Start fighting! Skills in heavy drifting are mandatory to win! Crush that metal, make it twisted and crunched while driving like a champion, You can play the same gogy game with your same user on your PC , go to the http://gogy.xyz and play!, a lot of new updates are coming, stay tuned!

Clashed Metal Drifting Wars is an awesome racing and fighting game in which you must race against other players and try to destroy them with a variety of weapons! Your car is equipped with a deadly machine gun and you must use this to try and eliminate the other players. You can also fire a deadly missile that does massive impact damage on explosion!

In this gogy game 1 player, Drive your vehicle using the WASD keys and use the left click mouse button to shoot your machine guns. Use the right click button to fire your missiles - watch out for your ammo count and try to keep moving to avoid taking hits from the other players. Look for power-ups and ammunition and try to conquer the drifting wars today!

You may also like: Car Simulator Arena and Car Rush

Clashed Metal Drifting Wars is developed by Mohamad A.